On 15th of October, the specialized employment center «My Career» hosted a project competition for people with visual disabilities within the framework of the «Act without obstacles 2021» Program. Five teams presented their works: «Blind fashion», «Visible Moscow», «Walking in the Park», «Ride with us, ride yourself» and «Social Art Elevator». According to the results of the expert assessment of the Moscow Department of All Russia Association of the Blind, the participants of the Program received the necessary financial support. Now they are actively working on the implementation of their own projects.

The first team «Blind fashion» consists of 6 people. The purpose of this project is to create tools for the formation and maintenance of an attractive external image of people with visual disabilities. At the stage of project development, team members conducted a survey, which revealed that 86.4% of respondents would like to use the help of stylists when choosing clothes. The Program participants plan to create a special Internet platform where people with visual disabilities will be able to consult with fashion professionals. At the moment, the team members are looking for stylists who may be interested in participating in the project. 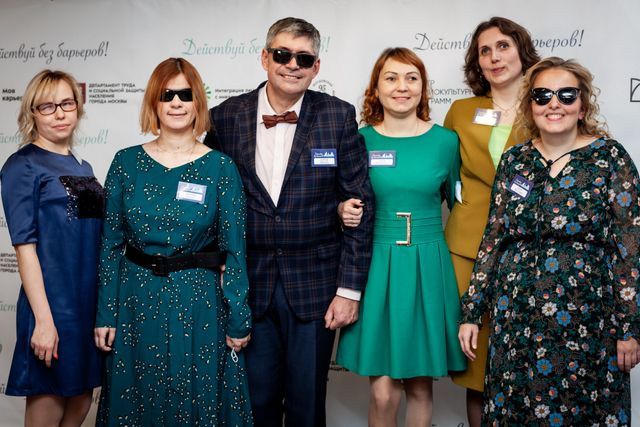 The second team «Visible Moscow» consists of 4 people. The aim of the project is to develop a special information model for people who have lost their eyesight during their lifetime. The team members plan to create a special information bureau. It will collect information about all important organizations. The information bureau will help facilitate the integration of people with visual disabilities into the social and cultural life of the city. Now the team members are studying the regulatory framework of the Main Bureau of Medical and Social Expertise of Moscow and preparing a social survey for residents of the capital who lost their eyesight no more than 2 years ago. 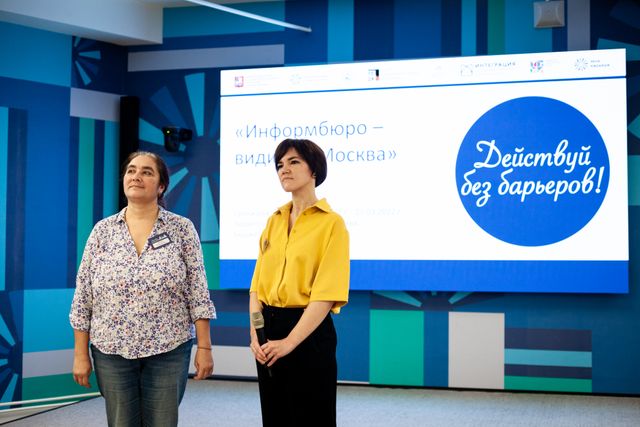 The third team «Walking in the park» consists of 5 people. The aim of the project is to create an accessible environment for independent and safe visits to the park territory of the State Historical and Architectural Art and Landscape Museum-Reserve «Tsaritsyno» by people with visual disabilities. As part of the project, team members are engaged in creating navigation tracks for comfortable movement around the park. Such tracks will help people with visual disabilities to walk independently on the territory of the complex, easily bypass all obstacles and even get an idea of the aesthetic component of the park. At the moment, the team members have already recorded three navigation tracks. In the near future, a specially selected focus group will be engaged in testing them. 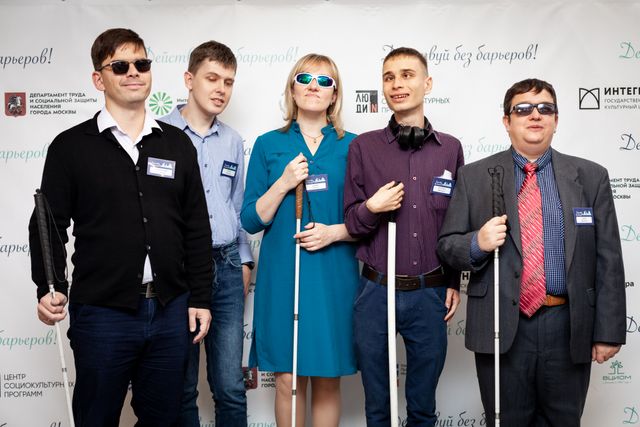 The fourth team «Ride with us, ride yourself» consists of 5 people. The purpose of this project is to improve the quality of interaction between employees of the Center for Passenger Mobility of the Moscow Metro. The team members have already organized a working meeting with the management of this center and discussed areas for further cooperation. The participants also conducted a survey among people with visual disabilities who are active users of the Moscow Metro. Now the team is analyzing the data received to take them into account in the further implementation of the project. 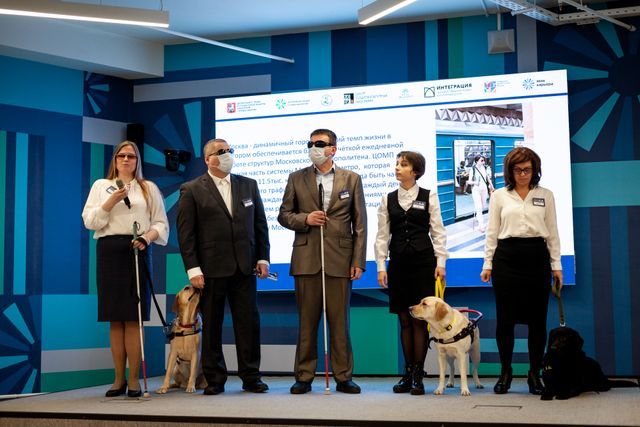 The fifth team «Social Art Elevator» consists of 7 people. The aim of the project is to introduce the methodology of individual art therapy for the rehabilitation of people with visual disabilities. The project is being implemented on the basis of the local organization Moscow Department of All Russia Association of the Blind «Dorogomilovo». The team members have already selected a focus group for the project, surveyed the participants and revealed their creative preferences. In the near future, a meeting of psychologists and rehabilitologists will be held, following which individual programs of personal art therapy will be prepared. 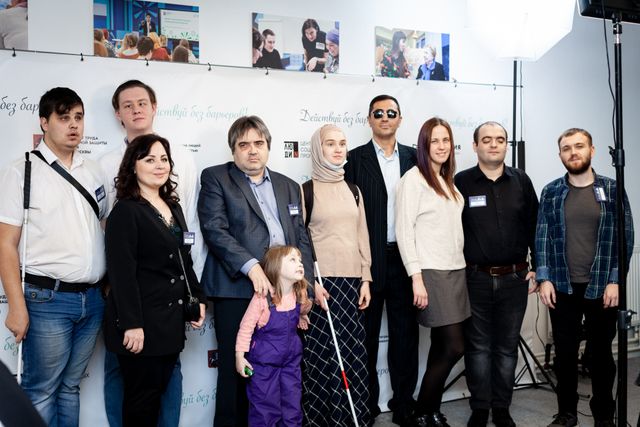 Recall that the «Act without obstacles 2021» Program for people with visual disabilities started in the spring of 2021. At the first stage, the organizers selected the participants through a questionnaire and a series of in-depth interviews. The next stage of the Program was training at the school of social projecting. In the first months of autumn, the participants studied at the Moscow Metropolitan Governance Yury Luzhkov University and the State Museum and Nikolai Ostrovsky Cultural Center «Integration». As a result of the training, they joined teams and developed their own projects. The third stage of the Program started after summing up the results of the competition, at which the participants presented their works to the expert jury. Now the teams are working on the implementation of projects.